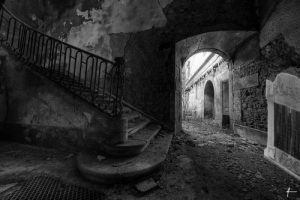 A gruesome scene was found in an alleyway near the Spinster’s Sister Inn and Tavern in Riverton on the 11th day of Reapingdusk. A small stage had been erected in the darkened streetway and two bodies were discovered hanging by strings connected to their wrists, ankles, and necks as if they were puppets in a macabre show. Each of these bodies appeared to have been strangled by the ropes around their necks and had been brutally mutilated- a still-tinkling music box placed into a hole in their chests where their hearts should have been. The words “For Mother” were scrawled in black paint on the front of the stage.

One of the bodies has since been identified as Rhence Gelk, a relatively famous circus master from a Tohmshirian Circus that had visited Irvanshire recently. The other is a Septani woman with dark hair in her mid-late twenties. She has not yet been identified.

Anyone with information about these two brutal murders should contact the Town Guard in Riverton as soon as possible.

Just outside of the city of Riverton is a rough and tumble jumble of ramshackle huts, crude tents, and dirty dwellings that look like they have been built and set up by children. In fact, that is almost entirely the case! They call this makeshift town “Orphan City” and it is filled with the lost and orphaned of many races from all over the kingdom and even the rest of Aszuron. These orphans range in age from 2 or 3 years old to sometimes as old as 18 or 19 and have been on their own for most of their lives. Orphan City has been a place for these lost and lonely to find help, companionship, independence, and even some semblance of family. However, being “ruled” by children and young adults with little to no means of making money and less ability and know-how about how to grow food or get other supplies, Orphan City has also become a place of where survival of the fittest and strongest has become the law, despite the attempts of several of the older inhabitants to keep it from becoming so. It has earned itself a reputation of being dangerous and hostile to “outsiders” and town officials have received many complaints about its existence. 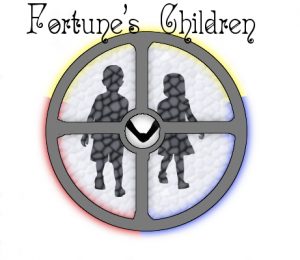 boundaries and has recently developed an innovative new program called Fortune’s Children that will help to not only find these lost children homes that will help them build character and develop good, lifelong habits and strong moral compasses, but will help the working families throughout Irvanshire as well. Executor Porri the Advocate has been working tirelessly in cooperation with the Messengers’ Guild, the Freetradesmen, and several other organizations to secure homes with farming families in the more remote areas of Irvanshire to take in and adopt these orphans in order to help with farm life. In return, these families, hand-picked by the Allegiant, will feed, shelter, and care for the minds, bodies, and souls of those they adopt within a strict Allegiant-designed regimen, ensuring that they grow up to be strong, compassionate, and well-adapted citizens of the kingdom.

Fortune’s Children has been widely accepted as a true innovation of the times and is lauded for its compassion and wisdom. As such, it has been implemented very quickly and Orphan City was the first target. Within weeks the piecemeal village had been emptied and its inhabitants sent to various places around the kingdom. Cleanup is currently underway to remove all traces of the unsightly occupation and it is though that this program will extend to other cities where homelessness and large populations of orphans are prevalent.

Executor Porri also wishes to extend the invitation of a warm, caring home to those families within the kingdom who are in a state of poverty so extreme that they feel they can no longer take care of their children. If you find yourself in such a heartbreaking situation, please seek out your local Allegiant officials to apply to be a part of this wonderful program. Alternatively, if you are a family in a place to help those in need (and who may need extra hands to help with your trade or farm) and are willing to raise your family members (new and old) according to a regimen laid out by the Allegiant, please again contact your local officials to apply.

It is through innovations such as this that we find ourselves in a more compassionate, caring, and altogether more wonderful world and it is the wish of Executor Porri and the Allegiant that this will lead to many more programs and innovations in the future.

Having been there myself – literally and figuratively – I can say the phenomena I observed in Hatchport is nothing short of amazing. 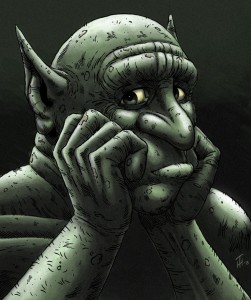 Every individual has become so self-absorbed that outside stimuli barely register to them. The trading posts and general stores don’t bother to open. In the few weeks that this has taken place, the ships in port are already starting to show signs of neglect. The Allegiant hall is empty, save Minister Forgedheart, who I found sleeping most hours of the day. Even the orcs of the town, so free and rambunctuous, are somber. They sit and drink in quiet contemplation. Interestingly, none are moved to tears but instead, they just sit at their tables and sigh. There is no bartender – she stopped showing up days ago. The orcs pour the drinks themselves, and drop a few coins on the counter. Not only do they pass up the chance to get rowdy on free drink, bu they don’t even count the money they are leaving.

Upon entering the town, I felt it instantly. Certainly, not to the same degree as those who are living here in the funk but still, there it was in my heart. I wish I could say it was my ambition and scholarly drive that pushed me on in my findings but alas, it was not. You see, when I am feeling morose, I turn to journaling. It is a fortunate thing too, having so many notes (and amateur poems and rudimentary line drawings…) to look back at my few days there. Oh the days, how each felt like an eternity. I am certain that the only thing that got me out of Hatchport and its influence was my decision to give up the pursuit of knowledge and move back in my with my mother and father. Oh, thank the Incarnations I snapped out of that!

I suspect I know the source of this misery, and am following his trail to Riverton. I fear even that city has already been lost and he has moved on. I am hesitant to reveal my theory for fear that I am incorrect, but I suspect that it is none other than the Grand Gloomis, a being who has existed since the Age of Creation! A fascinating entity, who leaves nothing but sadness and despair in his wake. He has gone by many names in his time and I believe him to be one of the Neverborn. I would be delighted if anyone were to send me any information they have on him!

In what is becoming termed the “Blood Riots,” Riverton erupted in a night of frenzy and mayhem. It began during a performance at Hale Lonnigan’s Silver Harp, and escalated as throngs of blood crazed peasant rioters charged through the city, vandalizing and pillaging. It seems to have been sparked by some sort of unadvertised bardic performance, though the infectiousness of the high emotions seemed to spread beyond who could have possibly been inside the venue. House Van Doren has what they call “Very good leads,” and are investigating the source of the madness, which is said to have included active bloodletting, passive bloodletting, cannibalism, necromancy, and parading without a permit.

Lonnigan could not be reached for comment, but according to some of the employees of the Harp, the Farthings Five were slated to play, and the arrival of some Terl Ayran immigrants may have instigated some of the initial violence. Most of the peasantry who participated in the riots could not adequately explain themselves, and many offenders found themselves in the stocks, publicly beaten, fined, or pressed into indentured service. Anyone who has information about the origins or purpose of this heinous crime of terror can report to House Van Doren at their earliest convenience.