At the end of the Age of Arrival, the town of Elmerton was ripped from Magesta and brought to Mongrella to defeat the Sleeping Lord Villarious. When the Elmerton was ripped from Magesta, what was left behind is known as the Evernight Forest. The Evernight is a lightless, soundless forest. Many who enter are lost, never to be seen again, but many other have appeared in Elmerton since it’s reappearance in 118 Age of Fortune.

Two old men named Evernight Morris and Pep reside in the Evernight.  They have helped the town at 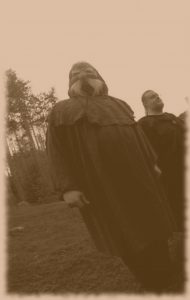 various times. Together they have been able to bind bits of the Evernight to Elmertonians to allow them to be Everguides. Everguides are able to see and hear in the Evernight and are able to navigate it to a limited degree. Current Everguides is town currently or recently are Solun, Dante, Scindo, Galynn, Alianora, and Felix.

Pep is a Mavin – a former Steward of Magic – and as such has access to the memories of every Steward of Magic that ever lived, including Sadius, the creator of Magesta. Morris, however, is a relative unknown. According to Everguide Scindo, Morris has no memories during the time period between the departure of Elmerton to its return 117 years later. When Scindo asked Pep flatly “what is Morris” Pep’s reply was “what do you want him to be?” Scindo said he “is not convinced that [Pep’s reply] was not an answer.” Scindo and Galynn suspect the possibility that Morris and Pep respectively are future versions of themselves, there is reason to believe that Morris is a manifestation of the Evernight itself.

Through the Evernight it is possible to travel to other places and times although usually not far from Elmerton, Only Everguides have been able to navigate the paths with any control or purpose.  Recently the Everguides were asked by Morris to blaze a path to the Bloodwaters so other people in Elmerton can get to them. Felix has succeeded in doing so, it is now possible  with Everguide assistance to walk the path to the time at Shrieber’s Farm when the clear Bloodwaters were manifest and for people find the bloodwater color to which they are attuned.

The Dawnbreakers were an organization created by House Windlock to protect and police the Evernight Forest. Over the course of more than a century, oversight became lax and the job became an easy one causing  numbers swell and the Dawnbreakers to became careless. When the town of Elmerton returned and displaced the Evernight, most of the Dawnbeakers inside the Evernight died.

With most Dawnbreakers dead, and Elmerton where the Evernight once stood, Countess Teadei Windlock disbanded the organization on the 1st of Newgreen, 118 AoF.  The Dawnbreakers came to capture Morris at some point, but were defeated by the town of Elmerton. My knowledge of the incident remains limited to Scindo saying that Morris claimed he “didn’t want to go back.”

The destruction of the Dawnbreakers caused the creation of a new entity, Byron. Byron is a Dusk Night currently residing in a house in the Evernight. Dusk Nights are created when a large number of people die simultaneously (often in battle, hence “knight”) at the Shadowstream (i.e “dusk”) When the town was seeking Byron’s aid, he was asked what he wanted. He expressed a desire for the Darkwalker , described in detail below. The incarnation of Pestilence, Morkanthos, was recently trapped in Byron’s basement, but has since been released.

The Darkwalker is a “golem-like” being built by the Shadow Smith Sardkern Scurath. He did so while

under the mental and physical control of a cult of madmen known as the Ashynnied. The Ashynnied worship and are controlled by a what they call “The Darkness” but is in actuality 3 distinct beings, temporal doppelgangers assuming the form of “Dark Stars”. The Darkwalker is a conduit from the Evernight to the Shadow Realm that currently is a one-way trip that can only be used by “marked members” of the Ashynnied. That could change to be a two way conduit, but the Shadow Smith created a “failsafe” such that a single person or group could not entirely control the Darkwalker. 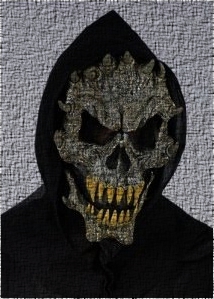 The only other known residents of the Evernight are creatures with “skull-like visages” and protruding horns and teeth known to the town as Filchers. Filchers with different color faces have different abilities  Blue ones seem to have psychic powers, with a noted focus on delusions. Brown ones appear as patches of darkness moving low to the ground, with the Filcher itself popping out only briefly to to take a look around or steal small objects. This may be the reason for the name “Filcher.” While cloaked in darkness, brown Filchers are not affected by attacks or spells, save for the spell Dismissal, which forces the darkness back, exposing the Filcher for a brief time.

Filchers with red markings are competent fighters, but are seemingly displaced in time, reacting to attacks and spells before or after the attacks take place (from an observer’s perspective) According to Galynn’s diagnosis spell, they suffer from a “temporal abnormality.” Red Filchers may react to some stimuli immediately, some stimuli after a delay and some stimuli before the cause occurred. 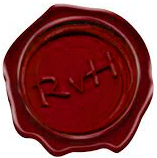 The subject of this moon’s installment of my series is the minions of Tshurkurka. While this guide will not tell you everything you need to know about Tshurkurka, it will prepare you with a basic understanding and equip you with the Knowledge necessary to combat his servitors.

Tshurkurka was a Tzigane of the Remeika family who found an ancient tome from which he learned much of blood magic and necromancy. He plundered the graves of his family ancestors for power, and eventually sought out the grave of the Tzigane necromancer Gallus.

Gallus had been exiled by the Tzigane is his time and been banished from the from the physical realm. In his attempt to absorb Gallus’ power, Tshurkurka somehow absorbed Gallus’ banishment. 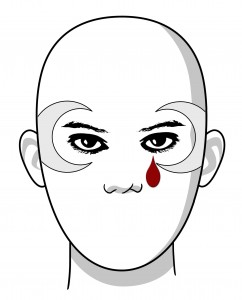 Most of Tshurkurka’s servants are outcast Tzigane. When a Tzigane is cast out, he or she is cursed with a teardrop tattoo under the eye as an outward symbol and a reminder to everyone that that person has betrayed their family. Those who serve Tshurkurka each bear a red teardrop and additionally have a silver crescent moon around each eye. These servitors are called Noshi.

There are three types of Noshi. The weakest are still living but have the ability to reflect and turns spells back upon the caster, suggesting a lunar connection. The second type of Noshi are undead Noshi. These creatures have typical undead traits: immunity to most spirit and psychic effects, vulnerability to cure spells, etc.

The most dangerous type of Noshi are undead that have been made into constructs. In addition to the immunities common to undead, they are capable of absorbing an opponent’s entire life force, sometimes even in response to being struck with a weapon! Be prepared to dodge or deflect such attacks, and keep in mind that it is often difficult to distinguish these foes from other less powerful Noshi.

Currently Tshurkurka is using these Noshi to gather spiritual energy, and has an arrangement worked out with the Gatekeeper whereby the Gatekeeper gains the best “bits” and Tshurkura keeps the rest. It is unclear what the Tshurkurka gains in exchange.

Another threat created by Tshurkurka are the so-called “Grave Elementals” — essentially an animated grave site, earth and all. They are highly destructive and difficult to take down but are not invulnerable. As creatures of elemental earth they are vulnerable to lightning, and and they are also vulnerable to spirit energy.

Grave Elementals are capable of causing minor earthquakes, knocking over people in a large area, and pummeling single foes. Keep in mind that while Grave Elementals hit like a ton of rocks, they are also dumb as rocks and slow as molasses. They will tend to pursue one foe until another strikes it harder. Even if you cannot deal damage of a type to which it is vulnerable, in many cases you can simply strike from behind once or twice and walk away (running is rarely necessary). This is especially effective as a way to gain a Grave Elemental’s attention and keep it from striking a foe that has been knocked off of it’s feet.

In fact, standing behind a Grave Elemental is often an effective way to stay out of the shockwave and avoid being knocked down. You can then attack it from behind, causing it to turn and focus on you and allowing your allies to regain their footing.

For further information on Tshurkurka, contact Majento or myself.

Granted, the two entities discussed in this issue do not have much in common, but as Elmerton is currently dealing with fear of these (and other) threats I will be covering both this moon in an effort to help those afflicted face their own fears. Let us begin with marionettes. Marionettes or “puppets” as they are sometimes called, are constructs that can be easily and quickly identified by their pale faces, rosy cheeks, and hinged jaws. Or at least, identification would be easy were it not for the fact that they tend to appear under cover of darkness.

Another signature of these constructs is their vocal tics. Each marionette appears to be capable of uttering only a few short phrases or sounds, often in childlike voices. Fear of these creatures is understandable, especially when such sounds include eerie laughter, questions such as “Are you my mommy?” or “Promise you won’t tell?” or bizarre offputting statements including “I LIKE you” or “I’m going to rip off your wings!” As these constructs are mindless, the last statement isn’t even likely to be directed at a person with wings.

Adding to the air of fear and compounding the uncertainty that marionettes create is that, when struck by weapons or targeted by spells, they will appear to suffer no ill effect. This can be unnerving to opponents that feel they are powerless to stop them, but despair not – they can be dealt with much like other foes.

One thing to watch for is that, once defeated, they will sometimes collapse to the ground, or sometimes hang in midair as if dangling from invisible strings. In either case, whether or not they are dealt a final blow, they will sometimes rise again. After they rise they can be dealt with again, but be aware of this possibility. They will eventually fade away.
For more information on marionettes and constructs in general, consult Reinen.

Werewolves are another matter. Werewolves are fearsome beasts, and even experienced fighters may run in terror when facing a werewolf. Advice to the Common Man in dealing with werewolves: Don’t.

At least not alone. Their ability to terrorize their opponents can instantaneously turn a 2-on-1 fight against them into a 1-on-1 fight, which heavily favors the werewolf. For this reason 3-to-1 odds (or better) are recommended. When the odds are against you, attempt to retreat and seek reinforcements.

Werewolves are incredibly strong and thus they can hit incredibly hard. Among other things, the immense strength of these beasts allows them to quickly shrug off snares and bonds, so if you entangle one, don’t expect that to buy you much time.

Another reason the Common Man would be best to avoid werewolves is their signature ability to regenerate. The surest way to stop their regeneration is a silver weapon, but that is not easy to come by. Shadow damage is also an effective way to stop regeneration. Any psionicist who has mastered the 5th Circle of Psionics should be able to enchant a weapon with shadow damage at least a handful of times per day.

That covers basic werewolves, but as adaptable shapeshifters, there are of course variations. For advanced abilities and tactics, Silver is an excellent resource.