All Vigilant Citizens of Irvanshire,

I hope your winter was warm and restful, and you were able to spend time with loved ones. The Great Frostwood had a rather mild winter, with only a handful of snowfalls, which was a welcome contrast from the last few years, let me tell you.

But, alas, I wish the reason for this open letter was to bring you all nothing but good tidings, but I fear it is not. Some of you may remember my entreaty for citizens in the wooded areas of Irvanshire to stay watchful for any strange activities regarding migrating wood trolls. For almost the entirety of this winter, wood troll activity around my compound has been almost non-existent. I had begun to ease in my wariness, attributing the recent behavior of the trolls as some strange fluke, and was ready to put the matter to rest.

Until last week, that is.

I had just returned home from a survey in a nearby grove, and was sitting at my kitchen table while drinking some tea and thinking about the upcoming bloom, when my front door was shattered by a tremendous crash as two wood trolls entered my house! Now, anyone who has ever dealt with this manner of creature can immediately understand how off-putting this situation was in which I found myself; two wood trolls INSIDE my house. As I readied my axes to dispatch them, I also couldn’t help notice that, at first glance, these trolls looked…off. Sick, even. It was when I engaged in combat with them that my suspicions were further aroused. These trolls employed none of the usual tactics typically used by their kind, and it was clear that, under more intense study, large patches of mold and fungus appeared to be growing in and on their bodies. They almost…looked dead entirely.

As I beheaded them with my axes, I was greeted with one final surprise. Instead of lying there motionless, the bodies of the wood trolls convulsed violently for a few moments and then exploded; showering both myself and the inside of my home with a noxious, viscous fluid. It was toxic enough to make me vomit a few times and feel a bit of fatigue, however, I’ve also built up an immunity to various poisons, so I’m not entirely sure what effect it would have on people without said immunity.

It is my belief, at this point, that the wood trolls were not migrating north for some unknown reason; rather, I believe they were fleeing whatever malady seems to have befallen them, much like normal wildlife would flee an encroaching forest fire. Over the next few days, I heard reports from several other colleagues of mine that they, too, had had similar experiences. One had even mentioned fighting off a HUMAN with similar symptoms.

Something terrible is upon us. I don’t know where it came from, but, I only see it getting worse from here. If any of you folks are brave enough while encountering these afflicted wood trolls, I am seeking out collected pieces of various molds and fungi to further research, and welcome deliveries of these objects at my estate in The Great Frostwood.

Until this is resolved, be wary. Travel in numbers. And keep an eye to the woods.
-Arados Holfax, Woodwarden of The Great Frostwood

In this installment of the Common Man’s Guide, we will tackle wood trolls (Note: physically tackling wood trolls is not advised). Wood trolls are commonly encountered while traveling in Irvanshire and are even more common in the nation of Kire Dero to the north.

Wood trolls are of human height and appear made of wood with long brown noses, long brown ears and long brown claws. They rarely if ever travel more than half a dozen paces from woods or other natural settings; entering a town or even a large building is a good way to lose a pursuing wood troll.

Wood trolls are not always hostile, but often are. When fighting wood trolls, be wary of being entangled. Any strike from a wood troll’s claws or any weapon it wields could entangle you if you are not careful. Be prepared to dodge or parry such strikes if you can. When entangled you are easy prey, so it is best to use superior numbers: bring a companion to protect your back.

Wood trolls seem to be attracted to shiny valuable objects, and searching wood trolls for valuables can prove profitable. Be sure to look in the following places when searching for coins or other items: under it’s bark on the torso and other places, inside the nose, and inside the ears. You’d be surprised what you can find if you’re thorough.

At this point one might be thinking that wood trolls may not seem like much of a threat, but we have not yet discussed one of the wood troll’s most important attributes: regeneration.

Wood trolls regenerate – that is to say they heal quickly – in natural settings which explains why they are loath to leave such places. Within about a minute a wood troll can fully heal from nearly any injury, unless that injury is caused by fire. Traveling with a nature caster is thus strongly advised when dealing with wood trolls. Any wounds cause to a wood troll by fire will not heal, though other wounds will. Dealing a final blow with fire is one sure way to finish off a wood troll. Keep in mind that any Magestry caster can use the cantrip Fire Strike as a way to eliminate an unconscious wood troll. If not dealt with quickly after being rendered unconscious, a wood troll can begin healing and awaken again, so exercise caution when looting.

Remember this motto: “Fight smarter not harder,” and you will not have trouble with the same troll twice.

For further expertise on fighting wood trolls, seek out Sandow in Elmerton. 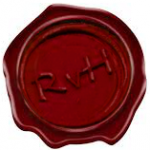