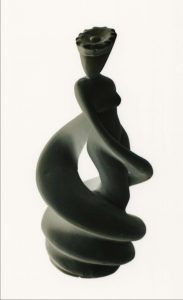 Hey, Elmerton topsiders- We have a serious problem. Not sure what y’all did but Ms. Skye is furious. Boom and I, along with a few of our cousins, decided to go creeping through some of her far off tunnels. As we got deeper into one we heard something that sounded like an explosion. We all hit the dirt and an incredible surge of what looked like the black shards everyone is so interested in shot through the tunnel faster than anything I’ve ever seen. They moved almost too fast to see and all at once, they all shot deep into the tunnel we were creeping in. When they stopped flowing we just heard what sounded like a very angry, distant and almost painful scream that was swallowed by a popping sound that could have signaled the closing of a portal. We thought it best not to go any further and called it off for the day.

The next day shadows and shadow-touched Blackgate family members laid what might have been the heaviest assault we have ever seen. Rebekkah herself- looking a little crazed- seemed to be leading one of the first attacks, screaming about how we would be the first to pay for Elmerton’s sins. Thankfully we were able to force back the attack. Boom had to leave one of his “presents” at the mouth of the cavern and produced a massive cave in that sealed us off. That seemed to be enough to take their interests off of us for now at least. We lost quite a few people and our numbers are already small enough, so we are scrambling for healers and to build up our resources and buildings.

We can make due for now and we are fully ready to assist the town whenever is needed but heed my warning- It’s all coming apart even faster than we thought.