Here are our picks for the November 7th-9th event: 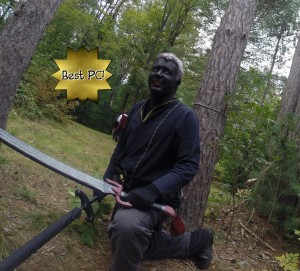 [Eraku] has always been genuine and honest and honorable to the point that anyone felt like his opinion was valid regardless of what side of an argument they were on. He didn’t always make it easy to get that opinion, but when it came, it often dissolved PC disagreement.

This month’s Best PC is another someone who has been with us for a long time and who has really developed and grown his character into someone wonderful to interact with and an asset to the game. Chris Adams as Eraku did an excellent job with the hard decisions he had to make and execute this game. It was a lot of fun to witness his portrayal of Eraku and it is always a joy to have Chris at game. Congrats, Chris! Here’s what you had to say about Chris this game:

I would like to commend Chris Adams/Eraku though in the way he interacted with Luther friday night, it was an interesting interaction to say the least.

Eraku did a great job this game with all that was going on and will be missed, always fun to chat with and a great sword to have by your side.

Eraku and his climactic plot were epic. 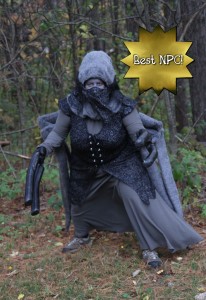 Karen is a joy to play with! I consistently enjoy the role-playing experience I get when she’s out.

This month’s Best NPC has done SO much work for us behind the scenes from costume donations to plot writing and a bunch in between. Karen Hobbes really showed her dedication to the game as well as her love of making plots that are fun and interesting for PCs. We are really and truly blessed to have her at Magestry, and we are extremely grateful for everything she has done and continues to do for us! Thanks so much, Karen! 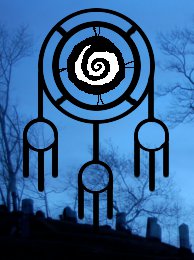