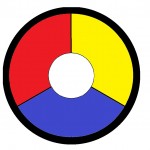 News from the Allegiant Temple in Point Edgar: Archminister Valvik Gallows has succumbed to total deafness after years of dealing with hearing problems involving a magical experiment in the year 97, Age of Fortune.  Sources within the Allegiant say that the Archminister has no plans to retire, and that his ability to minister to the people is not at all hindered by this issue.  In fact, he has recently begun plans to institute several new orphanages in the kingdom’s neediest cities and has the Allegiant working with Ghaatma’s Own to establish several hospice centers within their guild walls.

Porri the Advocate, Executor of the South Farthings and an agent of Community,  is reported as saying,

“He’s been working hard despite this disability for a long time, and the people around him have learned to signal to him to get his attention. He is also quite adept at reading lips.  His sermons are on the loud side, to be sure, but this only means that his words can be heard without magical amplification.  We will continue to support and stand by the Archminister.”

area of Mathers Marsh. When I first heard of it I rushed there to witness the aftermath first hand
and to get reactions from those who survived it. This small town was devastated, the dead and dying were everywhere, the smell of burning bodies and burning buildings still hung thick in the air. The carnage
was staggering. Once I gathered my bearings I was able to find a survivor who was willing to talk to me about it. Her name was Claudia Loriard and this is what she had to say:

“The night started in a state of joy. A wedding announcement for the son of our town blacksmith and his long time girlfriend, the daughter of our town tavern keeper. Most of the town was in the  tavern celebrating and then all at once the roof above us caught fire. In a panic we all began to rush to the tavern doors. When we swung the huge doors open a scene of pure horror greeted us. A large contingent of strange men with crossbows, short bows and other weapons of war at the ready. There was a moment of silence.
Then it happened! The horrifying sound of the snap of the crossbows and the twang of the short bows filled the air followed by the blood-curdling screams of those struck by the weapons. People were dying all
around me. Our town guard, a man by the name of Captain Jurison did what he could to rally our guardsmen who weren’t struck down to attack these strangers. He mustered a charge but they were all quickly either shot or struck down. There was one man giving the orders to these strangers and a pile of the dead and dying quickly began to build at his feet as he laughed. Our defenses were broken and he knew it. In a voice that sounded as if he had a throat full of broken glass he said one word- ‘Stop,’ and his men stopped attacking.
The remaining survivors stood with me in a state of shock. He reached into the pile of bodies at his feet and pulled up our blacksmith by the throat, locking eyes with him at his height.
‘Do you fear death, do you fear your end?’ he asked.

‘No,’ the blacksmith answered in a stern tone, ‘I have no doubt that Vorkarian will welcome me and send me to my just reward.’
The stranger just laughed and said, ‘Vorkarian? Oh no, you should feel honored for you get to experience a true death. One free of the lies that he has told you. You get to meet the Gatekeeper and he will judge you and give you the true death that you have been denied for far too long.’ He then raise the blacksmith above his head and smashed his head against a rock, spilling the contents of his skull on the ground.

He then threw his arms up and spoke to the few of us still standing, “Those who are still alive are only that way out of my rapidly depleting mercy. I AM CARZON SAZDAR AND DEATH IS WHAT I TRADE IN. If you still live to hear this message, remember what I say and pass it on to all you meet. I was sent here to reap spirits and this is far from the first time I have done so, thousands have fallen to my blades. The so called ‘heroes’ of Elmerton are the reason this has happened today, for if it was not for them freeing me from my prison, this example of the Gatekeeper’s power would not have been possible. Do not mourn your dead for someday you will meet your loved ones in the Gatekeeper’s true realm of death. Someday you will thank us both.”
After he spoke those words he whistled and his men marched out of town as if it was no big deal.”

After she laid down the horror she saw I asked Claudia if she had anything else to say. In a mournful tone she said yes and the following is what she had to say:
“Damn The gatekeeper! Damn Carzon Sazdar! And damn Elmerton for bringing this horror to us.”

She then threw her hood up and walked away from me.

This is the conclusion of my report. I am still shocked by the horrors that happened here.